Akrotiri is located at the southwest part of Santorini, 12 km from Akrotiri, the capital of the island. This small village is well known for the archaeological site that was discovered just 1 km to the south, in 1967.

Akrotiri was originally a Minoan settlement and today is one of the major tourist attractions and the most important archeological site of Santorini. The worldwide known archaeological city, was destroyed by the volcano eruption, between 1627 and 1600 B.C.

Akrotiri has plenty of churches to visit, traditional windmills and one of the most popular beaches which is the red beach located on the southwest coast. Most of the hotels in Akrotiri are located inside the village and close to the spectacular cliffs, north of the village.

The view from there is amazing because you can see all the west side of Santorini up to Oia as well as the volcano.

In Medieval times, Akrotiri was one of the 5 fortified settlements on the island. Akrotiri is a village of great interest on the south west coast of Santorini. Apart from having some of the best views on the island which reach as far as Oia, magnificent sunsets, wonderful fish taverns, quiet undeveloped beaches, and tiny churches, it is also home to two of Santorini’s jewels, the Akrotiri Excavations and Akrotiri Castle.

Akrotiri is one of the most important prehistoric settlements of the Aegean. The first habitation at the site dates from the Late Neolithic times (from 4th millennium BC). The Exhibition of the Wall Paintings of Thera is on display at the Nomikos Conference Center in Fira

The Lighthouse of Akrotiri

Akrotiri lies exactly on the axis of the shipping lane from Piraeus to Alexandria. The lighthouse is one of the best in Greece. It can be found 18 kilometers from Fira at an altitude of 58 meters. The geographical coordinates are: Latitude 36° 21′ 05″ N. and Longitude 25° 21′ 05″ E

The History of the Lighthouse in Akrotiri

The lighthouse was built during the Ottoman Rule in 1892 by the French company ‘La Société Collas et Michel’. Initially it operated on oil, and its beams reached a distance of 23 nautical miles. In 1925 it was renovated. During the Second World War the lighthouse stopped operating and started up again in 1945. By this time the lighthouse was manned by four persons and it had a beam visibility that reached a full 25 nautical miles, with a rotary flash every 30 seconds.

In 1983 electricity was installed and in 1988 the lighthouse became fully automated.

Transfer from & to Akrotiri

Santorini-Travel offers its distinguished transportation services from and to Akrotiri.

Transfer from Santorini Aiport to Akrotiri

Santorini Airport (JTR) is 13 kilometres away from Akrotiri. Transfer time is 25 minutes. Price rates from Akrotiri to the airport and vice versa start from 28.8€.

Santorini Port is 10,5 kilometres away from Akrotiri. Transfer time is ~20 minutes. Price rates from Akrotiri to the airport and vice versa start from 21.6€. 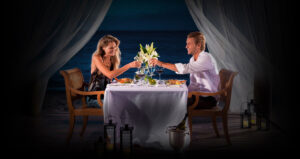 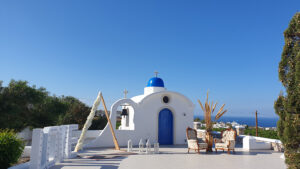