Santorini is a complex of overlapping shield volcanoes. The island location is 36.4N, 25.4E and the elevation is 1,850 feet (564 m). It is 80 sq. km. South East Greece, in the Aegean Sea; one of the Cyclades islands. Some of the cliff is thought to be a caldera wall associated with an eruption 21,000 year ago. Santorini’s population last measured in 2002 was 11.000 people.

According to tradition, Santorini was first settled by Phoenicians and later by Laconians under the leader Thera. In 631 B.C. colonists from the island founded Cyrene in N Africa. From the Middle Ages until the 20th cent. Thira was known as Santorin, for St. Irene, the protector of the island. 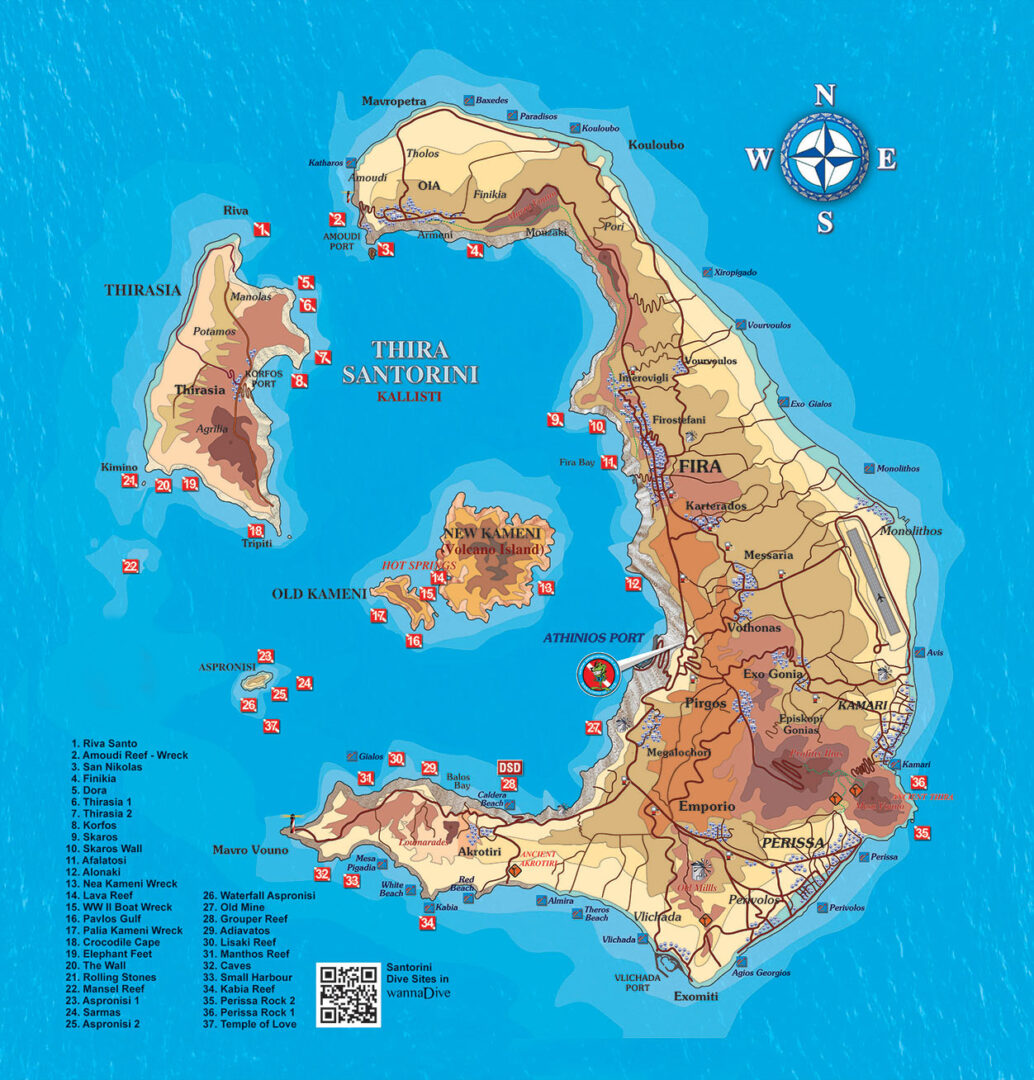 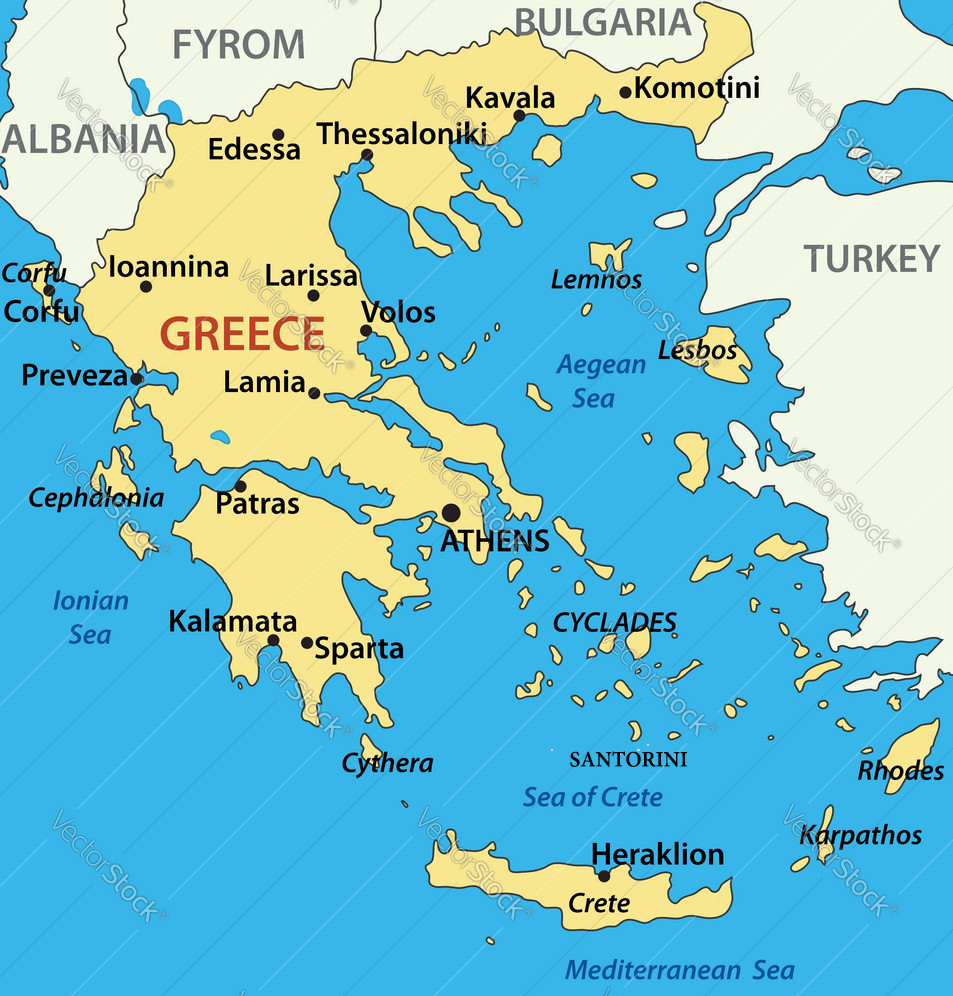